You Don't Have to Be Innocent to Be Not Guilty 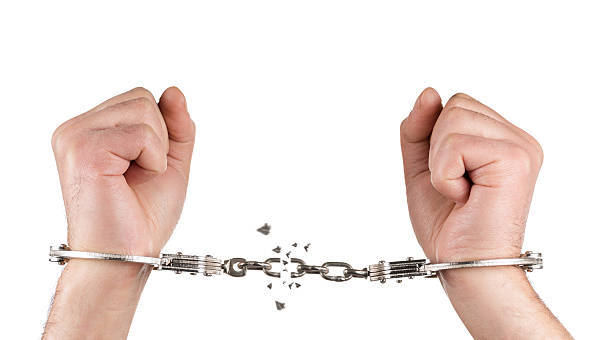 The concept of guilt and innocence, at least anecdotally, seems like an easy concept to grasp.  You either did it, or you didn't.  But is it really that simple?  Better yet, is anything really all that simple?

In our form of criminal justice, the idea of guilt is a lot more comprehensive than the black and white concept of guilt or innocence.  In fact, our judicial system has replaced the term “innocent” when related to culpability, with “not guilty”.  This may seem like a simple choice in nomenclature, but there is a reason for the selection of terms.

Merriam-Webster defines innocent as “free from guilt”.  Is it required that we be free from guilt in order to be found not guilty?  Absolutely not.  In fact, our system has applied a broad range of discretionary powers afforded to practitioners of the criminal justice system.  And it's quite likely that we all have benefited from it in one form or another at some point in our lives.

For example, I'm sure we all have been known to drive faster than the posted speed limit and have had the unfortunate experience of being stopped by a police officer to enforce the speed violation, which either resulted in a citation or a warning.  This is the discretion I'm referring to.  Everyone has a story of the “one time they were pulled over by the police”.  I know this because while I was a cop, I had to listen to hundreds of them every time I went to a social gathering.  Side note, ever wonder why you don't see many cops at social gatherings?

I digress, the point I'm making is that we don't have to commit murder in order to be a subject of the criminal justice system and benefit from discretionary powers inherent in our method of justice.  More importantly, we don't have to be innocent, or free from guilt, in order to avoid punishment.

Then again, am I really just talking about speeding infractions?  No, but the same discretion that applies to the police officer issuing a citation applies when a district attorney decides to file charges against a defendant.  While different factors are in play, the power of discretion is alive.

Which brings me back to the concept of innocence.  It is not required that you be innocent to be found not guilty.  Some will raise their arms up in anger saying that criminals should be jailed for their criminal acts.  But anything is rarely that easy.

Our system requires the government prove a set of acts, known as the actus reus of a crime, and a required mental state, known as mens rea.  Together they are referred to as the “elements” of the crime and each one needs to be proven beyond a reasonable doubt in order to find a person guilty.

Thus, if the government failed to prove the killing was done with malice aforethought, the person would be found not guilty of murder, even if he or she actually killed a human being.  Does this mean they were innocent?  Well, it certainly depends on the facts, but in this case, they're simply not guilty.

Is this a fair way of prosecuting those charged with a crime?  The answer is pretty subjective and depends on your prospective.  But I will assert, that while it is popular in our society today to find those charged, or even those that aren't yet charged, guilty in the court of public opinion through simply what they hear or read from the media, or worse, on social media, that is most certainly not the fair and equitable way of determining guilt.

As a society, we definitely do not want to give our government the power and ability to lock up anyone they choose without due process of law.  We have seen the terrors that unchecked governmental power has caused throughout our human history.

Even with this vast system of due process, we still have a stacked deck when it comes to the prosecution of criminal defendants, who are subject to a government of vast resources, all of  which are brought to bear in any criminal prosecution.  State witnesses, especially police officers, are automatically given an air of truthfulness, even if not deserved.

There are hundreds of stories in which criminal defendants are being exonerated years later once found that their convictions were based on faulty witness accounts (my nice way of saying liars) or on junk science.  Needless to say, our system of due process is flawed and imperfect.

There are some that may not like that the state has to jump through a bunch of hoops in order to convict someone, but it has been said that it is far better to let a guilty person go free than to incarcerate an innocent.

As a criminal defense attorney, I can say emphatically that there aren't enough hoops.  And by hoops, I mean protections to ensure innocent people aren't locked up or put to death.  You may disagree with this, right up until you find yourself falsely accused of a criminal act.  Then it is a criminal defense attorney, someone like me, who will be by your side fighting to ensure you're not locked up for something you didn't do.  Or if you did do it, making sure the government prosecutes you fairly and within accordance of law.

Either way, I hope you don't find yourself in that position, but you should be a little wary when judging other's guilt, because you never know if you will find your own self being judged.