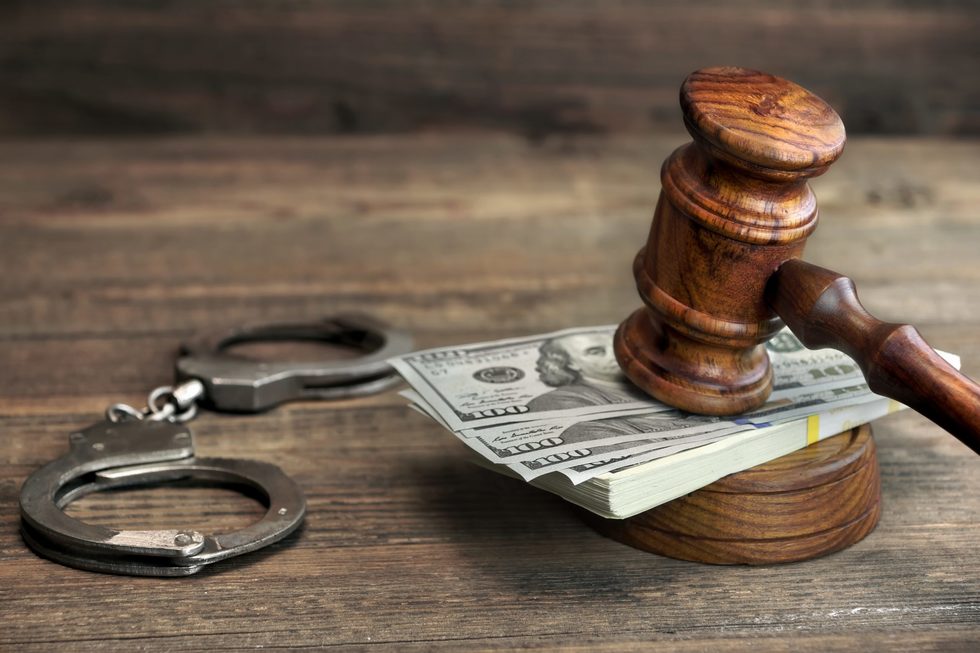 As you may have heard, New York State's new bail reform law went into effect January 1st and it is said to have some unintended issues that are alarming many in that state. The release of those accused of criminal offenses prior to their trial has naturally resulted in some committing new offenses while awaiting trial. (https://www.nbcnews.com/news/us-news/fair-or-dangerous-days-after-ending-cash-bail-new-york-n1111346)

However, bail reform isn't an issue specific to New York, there is a nationwide push to makeover our bail system, including here in California where a bail reform bill (SB10) was signed into law by then-Governor Brown, but has since been placed on hold pending a referendum on the November 2020 ballot. (https://www.latimes.com/politics/la-pol-ca-bail-overhaul-referendum-20190116-story.html)

As the nation waits to see what lawmakers will do with bail reform, many of us are left wondering why this is even an issue to begin with.  The common question being, why are we releasing “criminals” early and allowing them to commit new crimes?  The answer to that may not be what you expect.

The United States Constitution addresses a right to bail for criminal defendants in the Eighth Amendment, but the United States Supreme Court has not found this particular provision is applied to the individual states.  Unless you are charged with a federal offense in federal court, the Eighth Amendment doesn't apply.  This leaves it open for the states to create and enforce their own bail system, making bail a state issue for state offenses.

To understand this issue, we must look at the purpose of bail.  According the American Bar Association, “Bail is the amount of money defendants must post to be released from custody until their trial. Bail is not a fine. It is not supposed to be used as punishment. The purpose of bail is simply to ensure that defendants will appear for trial and all pretrial hearings for which they must be present.” (https://www.americanbar.org/groups/public_education/resources/law_related_education_network/how_courts_work/bail/)

This basically means that bail is used to ensure a person charged with a criminal offense will appear in court when required.  The thought being that if you pay a certain amount of money, you won't risk losing it should you not appear in court as ordered.  Pre-trial incarceration isn't used to punish since we are all considered innocent until proven guilty.  In the same token, the purpose is to ensure the accused will be present at the hearings, exactly like the purpose served through the bail system.

Locally in California, we have a bail schedule published by the courts which prescribes a set amount of bail based on the offense that was committed.  There has never been any other basis for bail. For generations large bail amounts has been a tool used by law enforcement to incarcerate someone after arrest to ensure they aren't given the freedom to commit other crimes while awaiting trial.  This has led to a mistaken understanding of the purpose of bail.  The common belief being that when someone is incarcerated prior to trial, they are being held away from the public to protect society from another offense.

While this has sometimes been effective in achieving such a goal, it gives far too much power to the police officer making the arrest.  We know that pre-trial incarceration isn't used to punish, but to the person locked-up, there is no discernable difference.  They are in-custody just as if they've been convicted.  The only difference being the level of proof required to incarcerate.  For pre-trial incarceration, only the very low level of probable cause is required.  This has allowed the police to act as a quasi-judge in making it so a person is held in custody longer by stacking charges against them to increase their bail requirements beyond their means.

Some may say that this is a good use of a tool by law enforcement and one that has saved lives.  While that isn't the subject of this article, and one that I find compelling, the offensive use of bail is not a proper use, since it is merely meant to ensure appearance at court.

The other issue is the fundamental fairness of the California bail system currently in use today.  As mentioned, the bail schedule is based on the charged offense, with no other considerations playing a role.  This leads to a system that is unjustly inequal in its application to those that have money for bail, and those that don't.  Meaning, that if you have money, you can be released right away.  And if you don't, you're stuck in jail until trial.

If bail is meant to ensure presence at court and the potential loss of money is the deterrent from failing to appear, bail amounts should be adjusted based on ability to pay.  A $50,000 bail amount to one person may be pocket change, while to another it may represent a couple years of work.  All other factors being equal, the one with money is not as compelled to appear as someone who must work for a substantial period of time to obtain such an amount, thus going counter to the entire reason for bail.

If the offensive use of bail was allowed to keep an accused in custody to protect society from the danger posed by their release, why would we release one with money far sooner, rather than the one without, if they both present the same level of danger to society?  The question is rhetorical because this makes no sense, and thus the reason for the current debate on bail reform.  It places an unequal burden on those without the money to pay for bail than those that do and that goes to the questions of the fundamental fairness of the bail system.

The NBC News article sited earlier indicated that politicians were re-thinking the bail reform law recently enacted in New York because of a spike in re-offenses by those on bail.  However, bail was never meant to be used to keep one from committing another offense or used to keep one in custody so they wouldn't.  Such alarm is thus misplaced.

I don't have the perfect answer, but the reality is we have a broken bail system that is unjustly applied differently to people in the same or similar situation, a classic equal protection issue under the Fourteenth Amendment to the United States Constitution.  This makes it imperative that we find a solution so that the law and system of bail is applied equally to all and no group, socioeconomic or otherwise, is left bearing a larger burden.

We owe it to ourselves to correct this issue sooner rather than later.  We must balance the inequal application previously discussed as well as the danger imposed by allowing violent offenders out of custody prior to trial.  This debate will likely continue for some time to come. Stay tuned!