"He Got Off On A Technicality!!” – A Criminal Defense Attorney’s Viewpoint 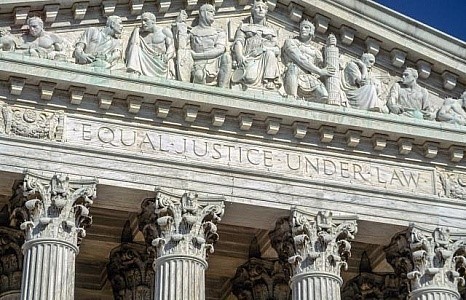 We have all heard this said at least once in our lives, and I'm sure there is some little part of all of us that cringes when we think of that dangerous “criminal” now running the streets victimizing others, all because of this “technicality”.  But I'm going to engage another thought for you to consider when you hear this statement again.

The use of this term is freely applied to a wide arrange of case dispositions for criminal defense matters.  It is likely the go to excuse when a case doesn't receive the disposition the State set out to obtain.  So one has to wonder, what is a “technicality”?

Due to its liberal application, the definition could be the result of a wide range of occurrences.  But fundamentally, each one of these “technicalities” isn't just a criminal defense lawyer's slick use of applicable law.  It's more than that, and far more important to each and every one of us.

We all hope that we will never find ourselves in court needing the services of a criminal defense attorney.  However, our criminal justice system is packed with people who never thought it would happen to them.  If you find yourself standing before the judge, there is no better feeling than having a good criminal defense attorney standing next to you.  It is at this very instance; you wish you could get one of those “technicalities” as well.

A criminal defense attorney doesn't walk around with these “technicalities” in his briefcase.  They aren't given out to holders of lucky lottery ticket holders.  “Technicalities” are something we hold so very dear to our hearts as Americans.  They are what many have died to protect.  Technicalities, simply, are the rights we enjoy as members of this great nation.

Since criminal defense attorneys are not doling out these “technicalities” to those lucky few, how do they work?  Well, conceptually it is quite easy.  Criminal defense attorneys are hired for one purpose, to protect your rights.  To ensure the government doesn't overstep those rights and to ensure they adhere to the rules in place to protect our rights.

I don't have to lecture anyone on the importance of the rights we enjoy in this country. That goes without saying.  In fact, in grade school we were all taught the importance of the Bill of Rights at a young age.  My kids are going through this now.  But to accept the argument that “technicalities” are lesser rights, or second-class rights, would also say they are not worth protecting.

Are there some rights you're willing to live without?  Would you be okay if the government was able to use illegally obtained evidence as long as they don't search your home without a warrant?  My guess is you are probably not okay with that just like the rest of us.  But both of those situations have been “technicalities” that got people “off” of criminal charges.

The real question is if it were you, would you want the government to get it done perfectly correct, or would you be okay if you were locked up for a good portion of your life even if there was a small, technical error done by the state?  The question is rhetorical because we expect things to be done properly. Substantially right just isn't good enough when it comes to someone's freedom.

The value of our freedom has been paid with hundreds of thousands of American lives who fought to protect them from the foreign enemies of our country. But who protects our freedom from our very own government?

Well, for criminal matters, it starts with prosecutors who, after examining the evidence of the case, determine whether there is enough to proceed with charges.  However, the ultimate protection comes in the form of a criminal defense attorney.  He or she uses the law to protect you against improper acts by the government.

A criminal defense attorney will examine every aspect of your case from start to finish and from top to bottom.  He or she will ensure every law, procedure and regulation was properly followed and only evidence authorized by the law is allowed to be presented against you.  If something was done improperly, your criminal defense attorney will file motions to have that evidence excluded.  This often results in a case dismissal if the evidence was crucial to proving guilt beyond a reasonable doubt.  This is a “technicality”.

For example, let's say you were driving down the street and were suddenly pulled over by a police officer for a minor traffic violation.  First, your criminal defense attorney will ensure the initial detention by the police officer was proper.  If not, everything thereafter could likely be excluded because of a legal doctrine known as the Fruit of the Poisonous Tree[1].  This is also a “technicality”.

Next, imagine the police officer searches your car and finds some illegal contraband.  Your criminal defense attorney will examine the procedure and legal authority that allowed the officer to conduct the search.  If it was improper, anything found from the search could be excluded after your attorney motions the court requesting exclusion[2].  If your arrest was based on this contraband, the case will likely be dismissed since there is no evidence to prove guilt.  Again, this is a “technicality”.

If, after your arrest, you were questioned by police about the circumstances of your arrest while in their custody and you made a statement that implicated you in the charged offense, it too will be examined by your criminal defense attorney.  If you weren't given the proper admonishments, or your right to silence was infringed, or request for an attorney was ignored, the statement would likely be excluded as well[3].  This too could lead to your case being dismissed.  This, you guessed it, is a “technicality”.

The question begs to be asked.  Are these “technicalities” okay to be overlooked as long as only those “guilty” defendants are the ones locked up because of them?  Are there smaller, inconsequential “technicalities” that aren't worth any protection?  If so, is there a line somewhere that is drawn between the protected and unprotected rights?  One where on one side of the line there are rights worth protecting and on the other side, they're not.

To your criminal defense attorney, there are no rights, or “technicalities”, that aren't worth protecting.  They all matter.  If we allow the government to look past a “small” right today, what is to stop a slightly more important right tomorrow?  If we allow government to violate the rights of only those “guilty” defendants, what is to stop it from violating your rights tomorrow?

While criminal defense attorneys aren't going to be honored for their work protecting your freedom like those in our Armed Forces, nor should we be, they do contribute to the protection of our rights nonetheless.  Without us, who will stop the government from exceeding their authority?

We often hear members of certain branches of our government talk about checks and balances amongst the other branches of government, but there really isn't this sort of oversight in our criminal justice system.  That is until a criminal defense attorney is brought in to make it happen.

The next time you hear someone mention that someone got away with a crime because of a “technicality”, ask yourself was it a technicality, or was it a criminal defense attorney protecting the rights of us all?

Finally, there has been a theory that has floated around criminal defense attorney circles for over a hundred year.  That theory says, “It is better that ten guilty persons escape than that one innocent suffer”[4].  Whether you agree with this theory likely depends on your own likelihood of being the one innocent person falsely incarcerated.  As a criminal defense attorney, I would rather allow one thousand guilty persons go free over incarcerating one innocent person.  Our freedoms are far too valuable to allow anything else.

With me as your criminal defense attorney, you won't be that one without one heck of a fight.   Not on our watch!